“Are those Marine?“ is a question we get asked in response to our Malawi/Tanganyika hard water tank in the shop. To be fair, when you consider their vast and startling colours, barren hard environment and dense population it is hard to see otherwise. 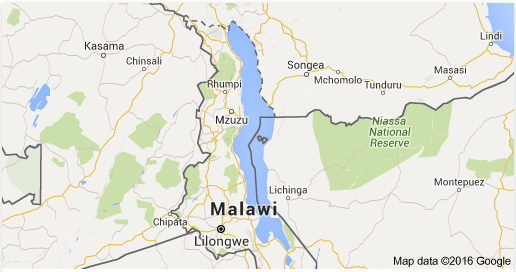 Discovered by David Livingstone 150 years ago, this lake – dubbed ‘The Calender Lake‘ – spans 365 miles north to south and 52 miles broad and is the 9th largest lake in the world. In the north depths can reach 2300ft/700m, reflecting the natural faulting of the Great Rift Valley in which it and Tanganyika reside. Lake Malawi’s pH ranges from 7.8 to 8.6, with a total hardness of 4.0–6.0 dH. This fluctuation is due to the level of CO² dissolved in the water. In areas of better flow, with more oxygen in the water, the pH is higher, while in calm bays, Carbon Dioxide is higher and therefore there is a lower PH.

Lake Malawi contains a greater variety of indigenous species of cichlid fish than anywhere on the planet. Researchers have identified at least 500 species not present anywhere else in the world, that is more than ALL the freshwater species in Europe and North America.

There are two main groups of cichlids in this lake, Mbuna (pronounced ‘um-boo-na’) and Haps (Haplochromis). Mbuna are a herbivorous, highly territorial cave-dwelling fish that, although sometimes found in large numbers, are not shoaling fish. Males and Females of the 100-odd species of the Mbuna group are both stunningly colourful, whereas in other fish this is usually just reserved for the males. Notable members of this group include Pseudotropheus, Labidochromis and Metriaclima.

Haps, on the other hand, are so-called because of the fact that many once belonged to the genus Haplochromis Hilgendorf. They are aggressive but not as much as Mbuna and again unlike Mbuna they are piscivores (they prey on small fish) instead of herbivores (the few that aren’t, do just as well on a piscivorous diet). They have slender torpedo-shaped bodies and are grey when they are young, becoming more brightly coloured as they get older. Females tend not to develop as much colour as they grow. They swim alone in open water away from the rocky homes of Mbunas.

As they are Piscivorous, Haps have developed some fascinating hunting behaviours. Some, for example (venustus and livingstoni), pretend to be dead by lying motionless on the sand.

Others, such as Dimidiochromis compressiceps (“compressed body”) uses it’s incredibly slim body to ambush prey from above –  its thin body nearly invisible from below.

Finally there’s the Copadichromis species, or ‘utaka’ that hunts zooplankton by firing a protrusible mouth that creates a vacuum, drawing the plankton in.

[youtube https://www.youtube.com/watch?v=7EsXK6wtS7c]
Large Haps should not be kept in anything less than 75 gallons (340 L), and extra-large should have at least 100 gallons (454 L) to explore. Medium-sized Haps can handle 55+ (250 L), with the exception of S. fryerei, which is extremely aggressive.

Haplochromis and Mbuna are polygamous mouthbrooders, the female lays the eggs and holds them in the mouth, continuing to do so after hatching and releasing them when they are able to stand alone. After fertilising the eggs, the males move onto another female and will maintain many in total.

[youtube https://www.youtube.com/watch?v=LBzirqiU_uw]
It is important to reflect your cichlids natural habitat in the aquarium. There are many Mbuna and Haps that do not stray far from rocks and caves while others cruise open waters. Haps that swim in open water will not do as well in a habitat designed for rock-dwellers as it is likely to restrict them as they grow, as well as potentially injuring them when they begin to become large. Haps and Mbuna can be mixed; just understand the needs and tendencies of each and match them accordingly. Some predatory Haps, for example, may hunt Mbuna.

Click here for Part 2 where we will be focusing on Lake Tanganyika, the 2nd largest lake in the world, and its exclusive wildlife.