Okay, so ammonia (NH3) is released during the breakdown of organic matter in the aquarium or pond. It is by far and away, the most toxic substance in their environment, capable of rapidly killing fish and inflicting disease. Fish exude ammonia as a part of their metabolism, with most of it being excreted from their gills. 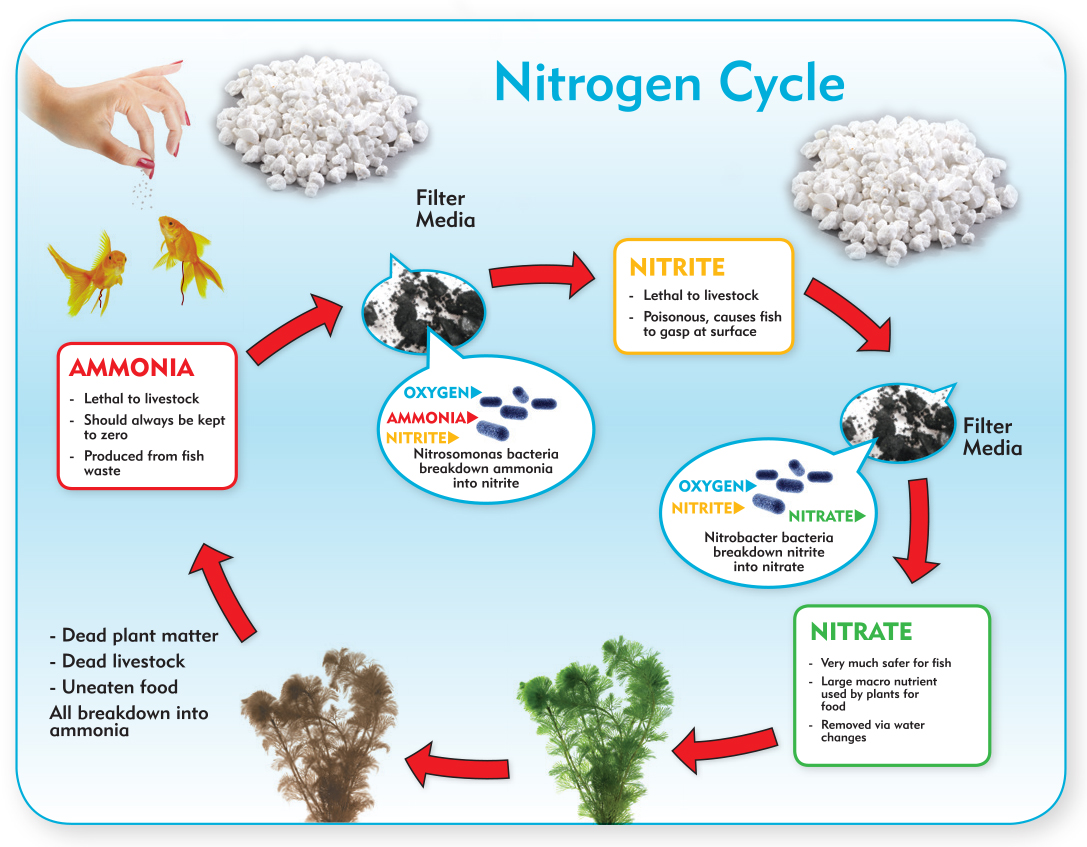 Why is it a threat?

Ammonia affects the gills of fish, inflaming them. The fish then produce excess mucus to relieve the burns, which results in an inability to draw in as much oxygen. The haemoglobin in the fishes blood is also suppressed which means that they are then less able to retain oxygen.

Where does ammonia go?

In a usual, balanced aquarium or pond, bacteria residing in the filter will break down Ammonia into Nitrite and then Nitrate. Some Nitrates will be absorbed and used by plants and the rest will be taken out or diluted by partial water changes.

How often and how much do I change?

This is a tricky one as this also very much depends on how many fish and what you stock. The recommendation is around 10-15% which you can either remove with a jug or container (we’d recommend a 4 pint milk carton) or a syphon. The syphon should be used every 3-6 weeks to agitate the substrate and remove some of the detritus held there. 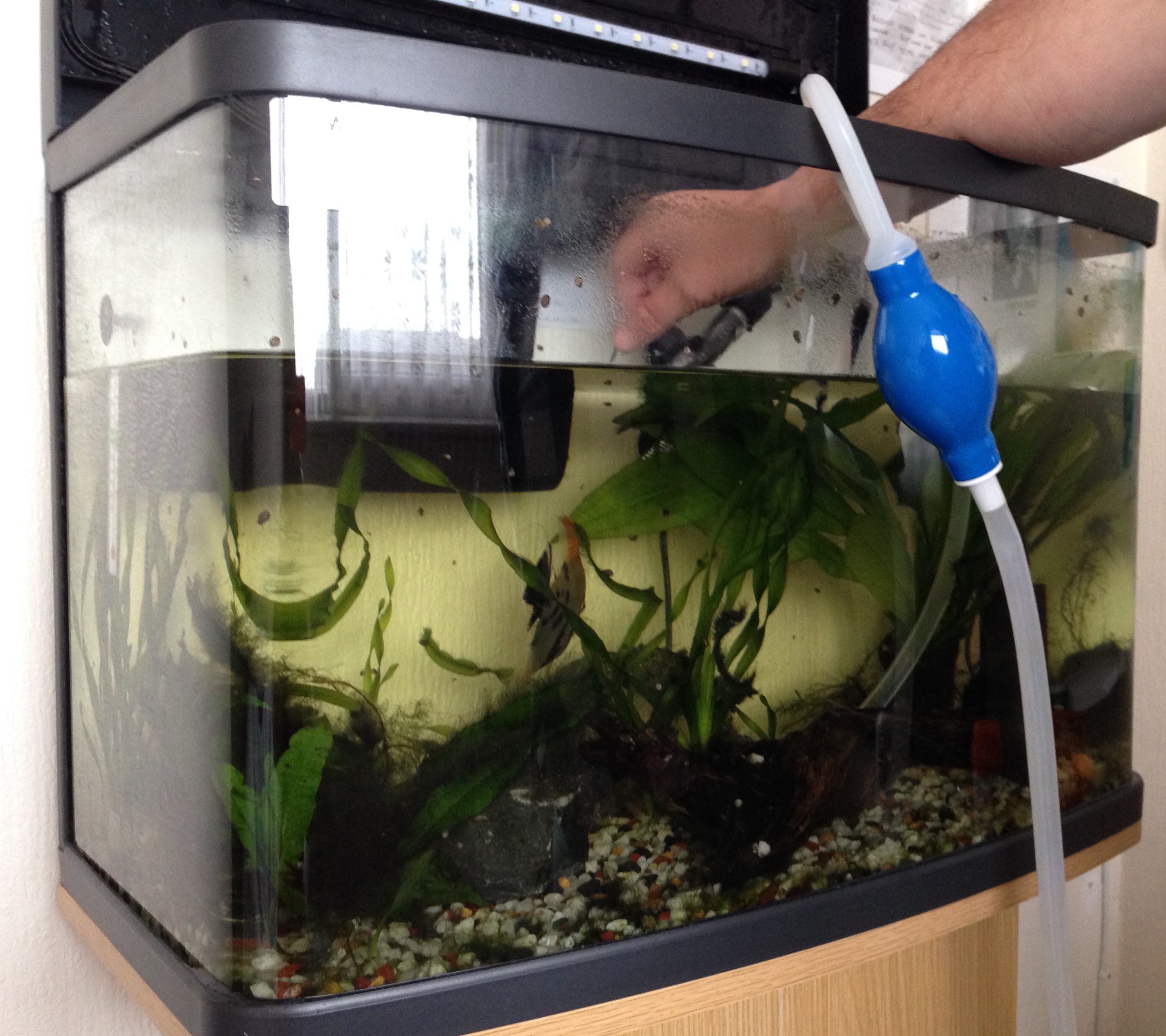 Then refill, the easiest method is to use the syphon to drain a container (milk carton or bucket) back  into the tank. This reduces spilling and won’t mess up the decorations and substrate too much. Make sure you use a container that has never had detergents or household chemicals in it .

For a tropical freshwater aquarium, the water should be close to the temperature of the tank water that you just took out (the average person can tell temperature differences within 1/2 degree Fahrenheit or about 1/4 degree Celsius with their hand, so just feel the water to see if it is the same). Also ensure you use a dechlorinator to prepare the water for introduction into the tank. Place the bucket/container higher than the top of the aquarium, and get your syphon going again and in just a couple of minutes, you should have a full aquarium again. 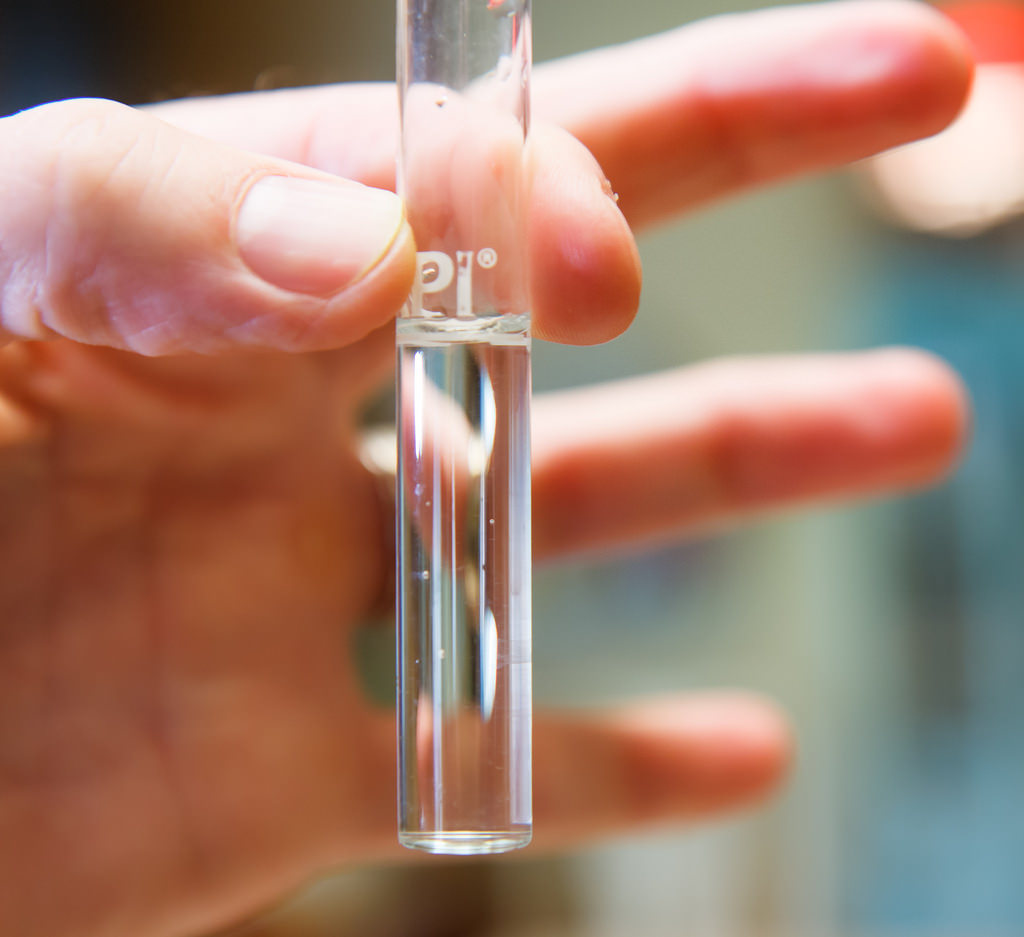