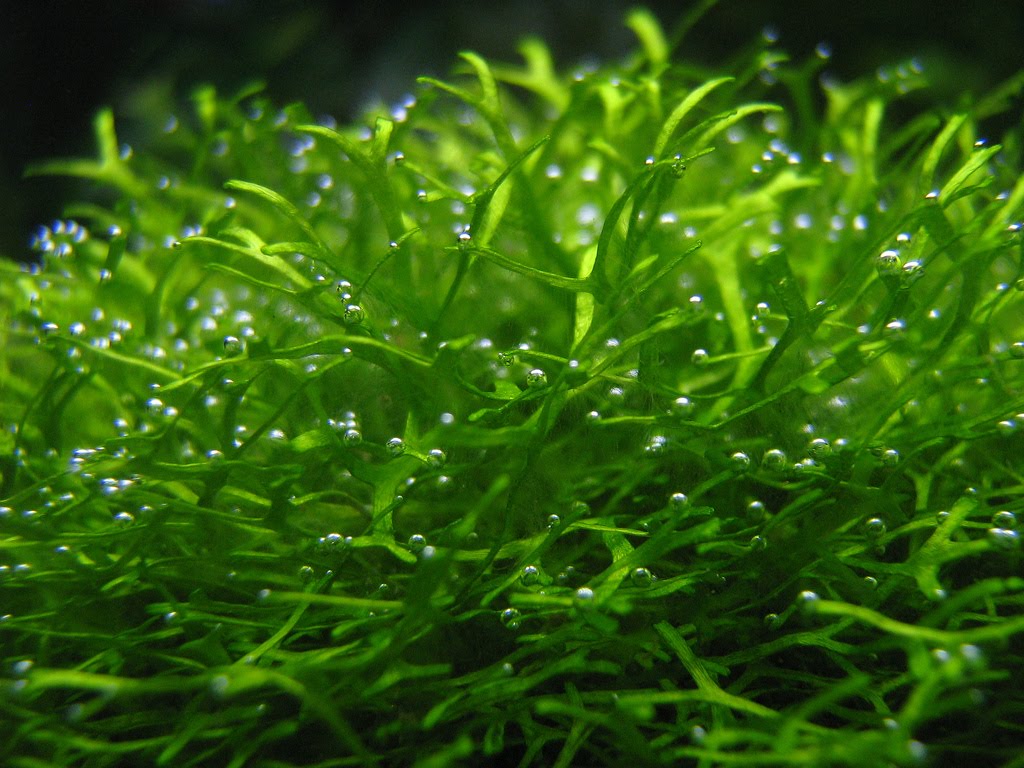 Aquarium plants photosynthesise like terrestrial flora and inject Oxygen directly into the water column, saturating the aquarium water, improving the vitality of inhabitants and complimenting the upper band of Oxygen-rich water produced by the aquarium’s pump. Plants also absorb the Carbon Dioxide released by fish via respiration. At high enough levels, CO2 can negate the oxygen present in the water, compounding fish health.

A mature aquarium and filter system will efficiently break down Ammonia and Nitrite produced by fish respiration, faeces and decaying organic matter. One of the remaining chemicals is Nitrate and although it is not nearly as toxic as Ammonia or Nitrite in freshwater aquariums, it can produce many undesirable effects such as outbreaks of Green or Brown Algae on the glass, substrate and tank decorations, and in the worst case scenarios, black or green Hair Algae.

Nitrates, Phosphates and trace elements that are left over by the nitrogen cycle are actively absorbed by the leaves and root systems of live plants, therefore directly competing with algae (Green Algae) and diatoms (Brown Algae) in the aquarium. The addition of plants, however, should not replace the general husbandry of the aquarium in terms of regular partial water changes (20% a fortnight or 10% a week) and a well maintained filtration system. 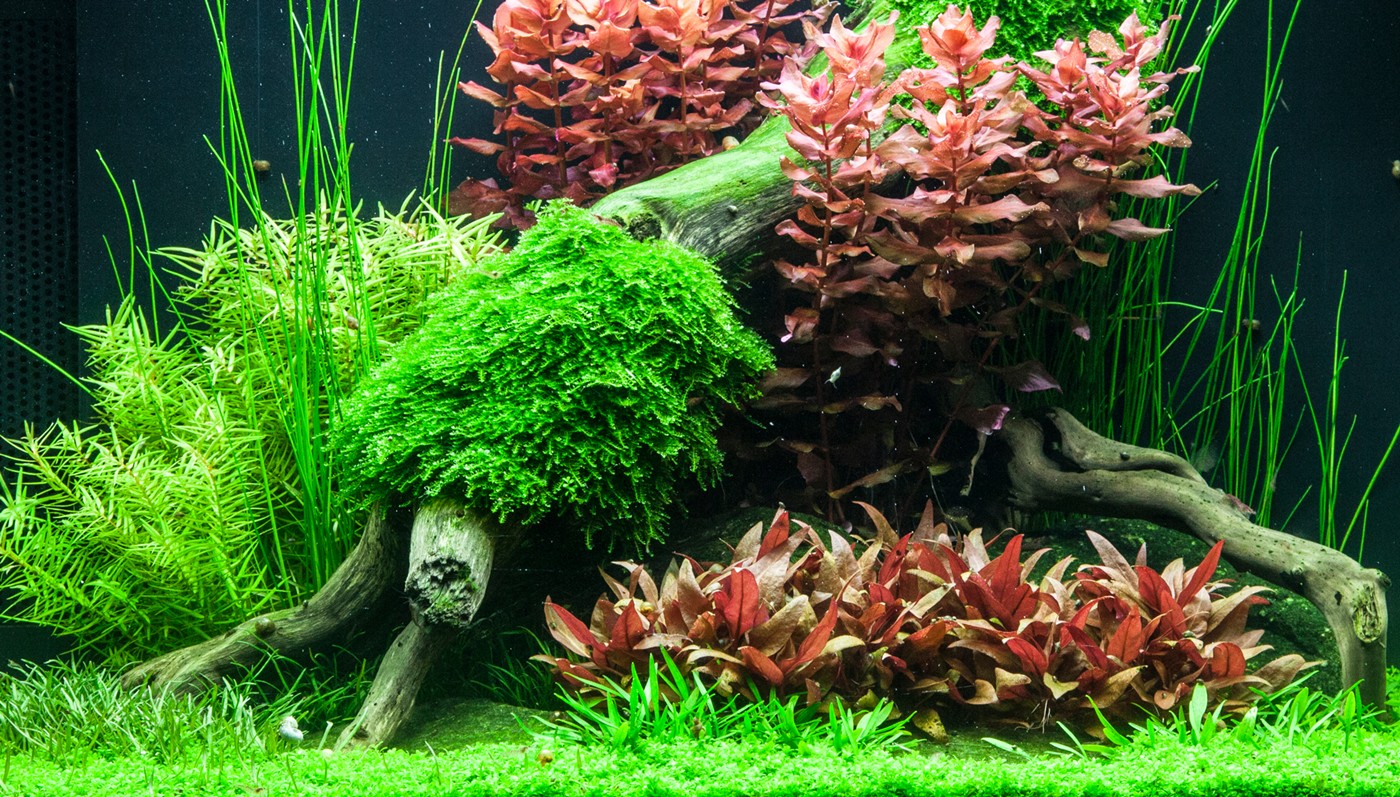 4. Cover for fry and shy fish

When stocking freshwater aquariums, the majority of small fish species benefit massively from the addition of actively covered areas in the tank. The logic is that the more cover you can provide for your fish, the more you will see of them. The planted areas therefore act as a safe haven or ‘secure base’ to return to if threatened.

Floating plants such as Salvinia, Frogbit, Duckweed and Water Lettuce are also worth considering. They will break the spectrum of light entering the water, therefore further reducing the risk of algae and creating an appealing ‘dappled’ light effect. They also provide excellent cover for surface dwelling fish such as Killifish, Siamese Fighters and Gouramis which may also use the plant to create bubble nests. 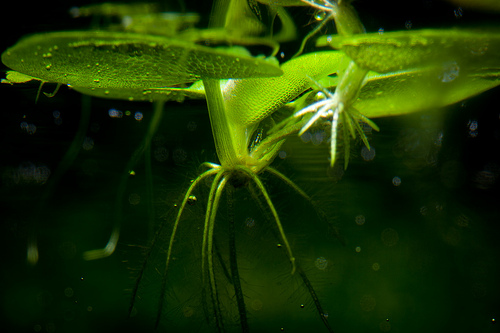 Along with the benefits of cover and the removal of Phosphates and Nitrates, rooted plants help in other ways. Most notably they actively bind the substrate and the ‘aquascape’ together. This means that pockets of gases in finer substrates such as sand will be broken up, and that there is less risk of the substrate being seriously disturbed by over-active fish or changes in flow. Generally when this happens it tends to kick out a lot of unhelpful chemicals back into the water along with plumes of detritus and disturbs helpful bacteria living within the substrate. Plants that fill the substrate with elaborate root such as Echinodorus, Cryptocoryne and Vallisneria really do benefit the overall stability of the gravel or sand bed. 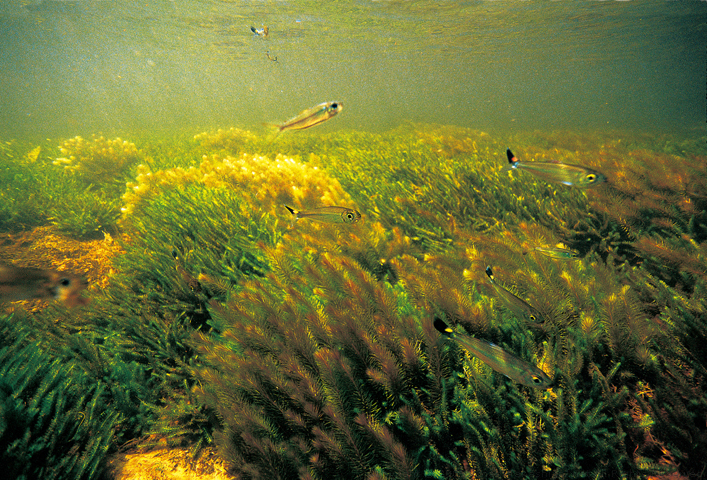 All things considered, plants are excellent additions to an aquarium functionally, but how about aesthetically? Simply put, plants offer an easy way to replicate natural habitats. They allow the aquariums to appear more ‘lived-in’ and mature and reflect more of an ecosytem rather than a box of water. Now there are instances in which live plants probably wouldn’t flourish, such as in the presence of extremely herbivorous fish, but this wouldn’t be the majority of cases!

We frequently update our stock of tropical and coldwater plants. Keep an eye on our ‘New Arrivals‘ section for updates on recent deliveries.

Feel free to browse our Guides section for more help on starting and maintaining aquariums.