First Fish For a New Aquarium? 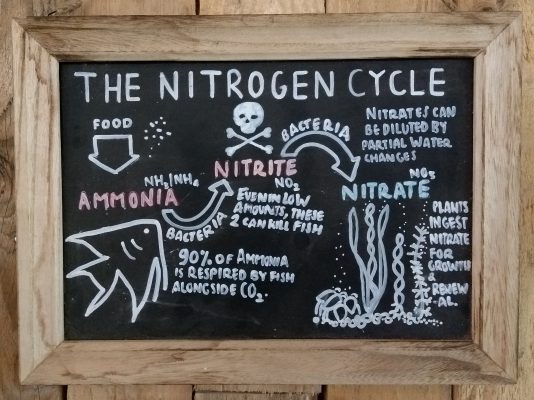 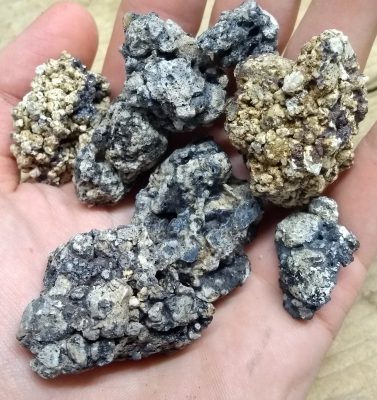 Aquariums and fish need Beneficial Bacteria to survive. This can either be grown slowly, by ‘Feeding‘ an aquarium with fish little and often until the bacteria naturally develops, or by ‘Seeding‘ the aquarium with lots of live bacteria. The main problem with the first option is that this exposes the fish to ‘New Tank Syndrome‘ and many may become ill or even die due to excess  waste (Ammonia and Nitrite). The second method is much more stable, in fact it’s pretty much perfect. This is done by moving bacteria from a mature tank to a new one when you introduce fish, this means that the aquarium isn’t truly ‘new’ from a biological standpoint. This means the fish will be immediately supported and have a significantly better start in your aquarium. 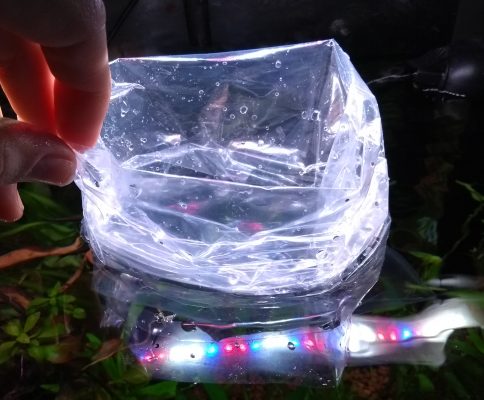 Cut the knot off the bag containing the fish and float the bag, by rolling down the sides to trap a collar of air, for 25-30 minutes. Every 5 minutes or so add a little of the aquarium water into the bag. This allows the fish to slowly become accustomed to differences in pH between the water they are used to, and the water in your aquarium. When 30 minutes has elapsed tip the fish gently into the aquarium. Turn the light off on the aquarium for at least a couple of hours (or even better overnight) so the fish can settle in. Try feeding a little food the next day. 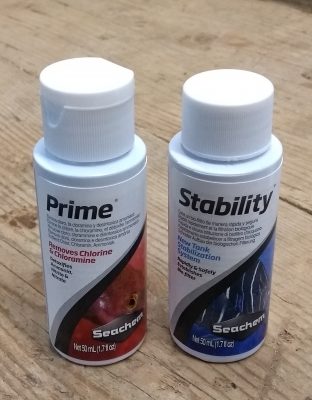 Whether fish are being added to an old or new aquarium, it is always wise to treat the aquarium with something to detoxify and eat up excess Ammonia and Nitrite that will be produced with new livestock. Lots of sudden Ammonia can actually stop the Beneficial Bacteria in the aquarium from eating it up, resulting in highs of waste that you really don’t want, and most importantly neither do the fish!

(It’s like when you think that you’re hungrier than you actually are and when you stuff your face with food you feel terrible.)

If you purchased the fish from us we would have already sold you Seachem Prime and Seachem Stability. Both excellent staple treatments to have. A dose of Prime will detoxify Ammonia, Nitrite and Nitrate for up to 72 hours. This means fish, plants and Beneficial Bacteria won’t be affected by the sudden waste. After adding fish, dose the aquarium with Prime. Then use Stability daily to sweep away the excess waste and reinforce the Beneficial Bacteria over the course of a week. Think of the two treatments as the caretakers of your aquarium.

Okay so fish are in and are hopefully nice and happy. It’s important to keep an eye on their behaviour over the first week but bear in mind that they are still undergoing lots of stressful changes so shy activity is very usual. Feed little and often, typically twice a day with as much food as they can take in 30 seconds. Any excess food needs to be removed. After the first week, it’s good but not essential to perform a small water change of 10%. That’s old water out and new water in (that is the same temperature and has been treated with a dechlorinator such as Prime). If you are then interested in adding more fish, snails, shrimps etc, then bring a sample of your aquarium water into us in store where we will test it and then providing the water is sound, you can choose some more tankmates. 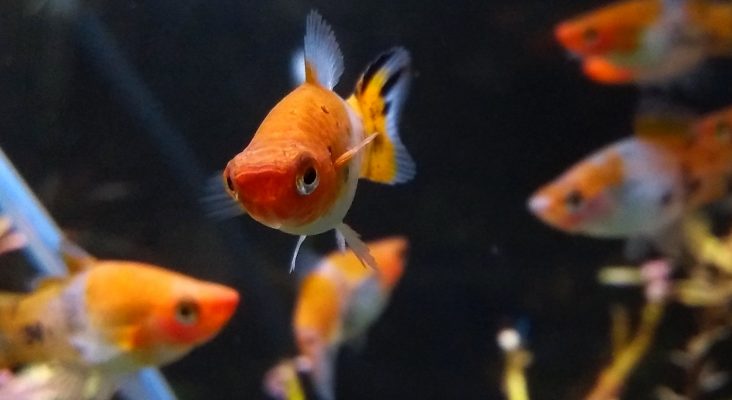