Certain species of tropical fish carry fertilised eggs in their mouths and continue to hold the babies there for a while after they hatch.This can be found in both paternal and maternal members of the species. The following section will focus primarily on mouthbrooding cichlids from the African Rift Valley from the lakes Malawi and Tanganyika. 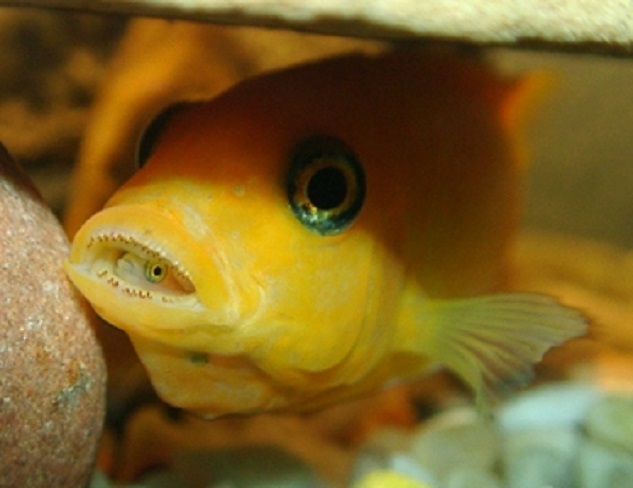 When it comes down to the initial fertilisation, the females pick up their eggs after laying them and the male will fertilise the eggs whilst they lie in the ‘Buccal Cavity’ by spraying sperm into her mouth during courtship. This evolutionary adaptation ‘almost’ guarantees that the eggs will contain that males’ genetic imprint aswell as the survival of the young. 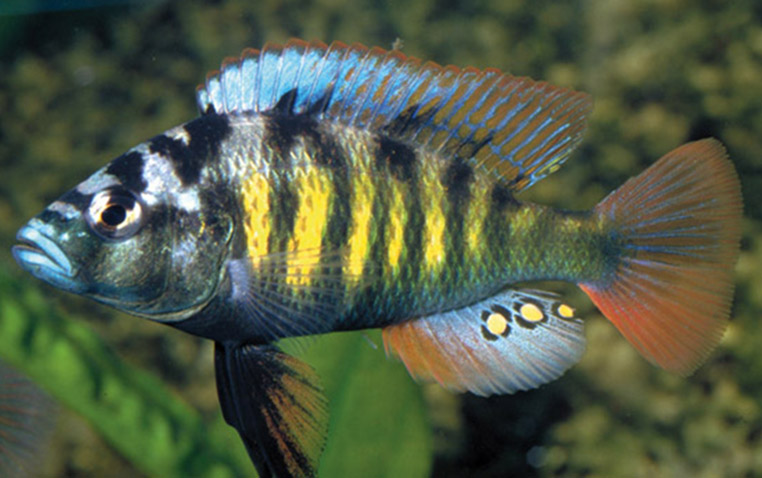 These are intended to trick the female into thinking that she has dropped some of her eggs. She therefore goes to pick them up and the male ejects sperm into her mouth. This means that he now has a chance to fertilise some of the eggs that she is carrying.

In the case of Malawi and Tanganyikan cichlids, a vast amount of hybridization between sub-species is present due to such behaviours. The Haplochromis family, for example, which has become the largest fish genus, classifies all new discoveries with H numbers (H205, H103) instead of latin names, much like L-numbered Plecos.

Once the babies have hatched they will feed on the remnants of the yolk for the following 25 days or so, after which the female will gather food in order to feed the young whilst they remain in her mouth. Babies that are fed ‘bucally’ this way develop to be far more durable, faster and heavier than fry and although mouthbrooding provides a smaller batch of babies than other methods, they are stronger and will be more likely to reach maturity.

Even after the fry eventually leave the mouth cavity many species, will tend to them as they grow and defend them against predators and competitive conspecifics.

In terms of other mouthbrooding cichlids outside of Malawi and Tanganyika, a few species originate from South America. The majority of which belong to the Geophagus family.

Mouthbrooding is usually a maternal task, although as mentioned this isn’t always the case with other fish. Here are some examples of paternal mouthbrooders, in which the males of the species carry the eggs and fry in his mouth during early development.