Many of us would have woken up to our ponds frozen over which new evidence now suggests may benefit animals living beneath the surface.

General consensus suggests pond owners should provide a hole in the ice to allow oxygen to reach the water, but  research by conservation charity Pond Conservation has shown the opposite is true, suggesting that oxygen levels can actually rise in a frozen-over pond, benefiting the animals and plants living beneath.

Ponds freeze from the surface downwards and very rarely freeze completely, leaving large volumes of freshwater under the ice. Making a hole in the ice makes very little difference to the amount of oxygen in this water, because oxygen diffuses so slowly into still water, moving through about 2mm a day.

So in a pond that’s about 18 inches deep, it would take over 8 months for oxygen to diffuse to the bottom.Even under ice, plants continue to photosynthesise, producing oxygen.

With a covering of ice the oxygen is trapped in the pond and, if the ice cover lasts for long enough, oxygen levels will rise. So if garden ponds have lots of underwater plants or algae, oxygen levels can nearly double in the coldest weather.

It’s proposed that the only time that pond owners should intervene is if they own fish, or the bottom of their ponds are full of silt and dead leaves. Then it is worth stirring up the water, mixing oxygenated and de oxygenated water, preferably using a pump or fountain/cascade. 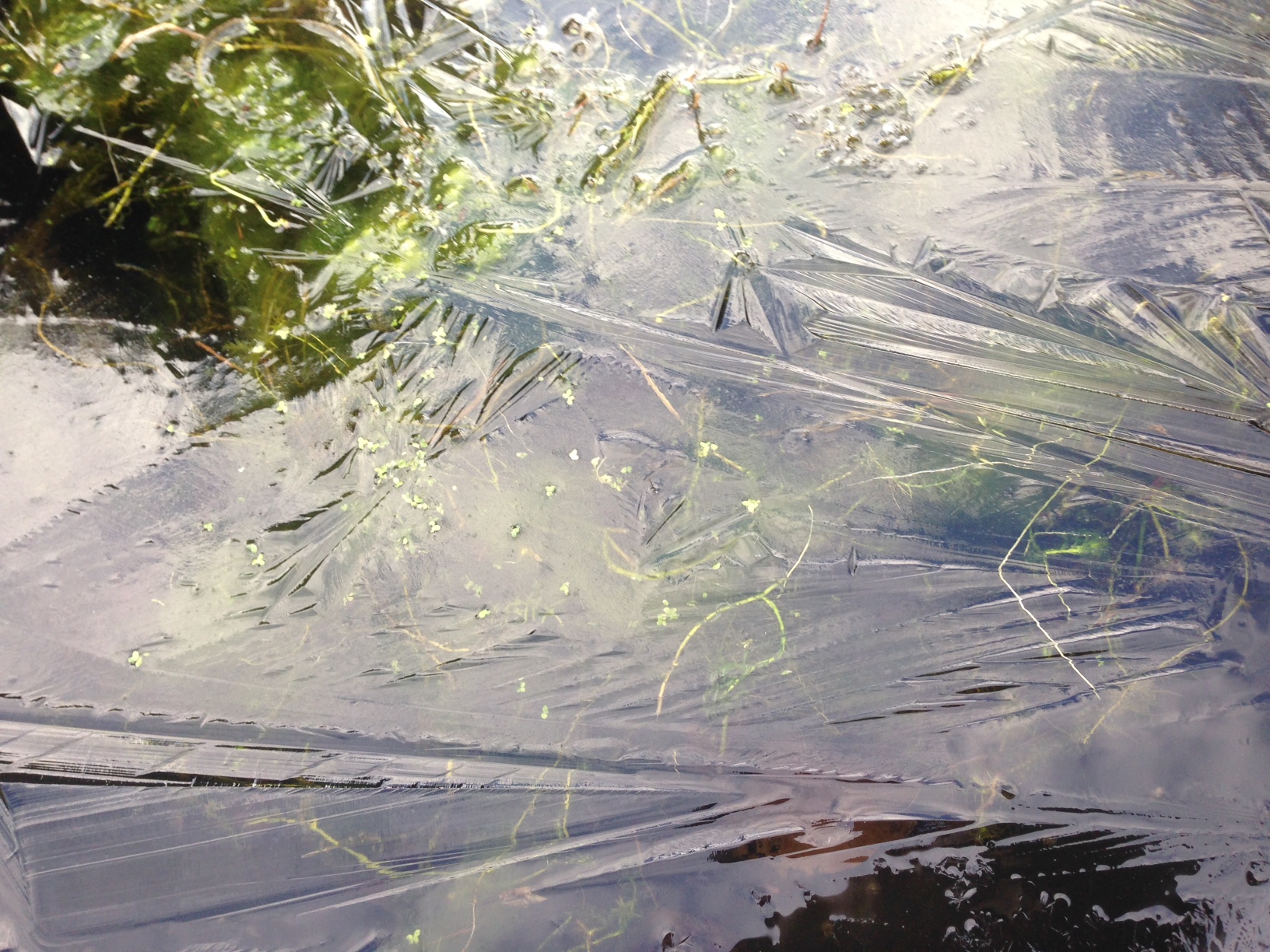 Snow should be brushed from a frozen pond’s surface, as it blocks the light and will stop underwater plants from producing oxygen. Under these conditions, oxygen levels can fall significantly.

Always remember to take care around frozen ponds, and don’t step onto the ice which can easily break. According to Pond Conservation, ponds are among the most threatened UK habitats, with government data showing that 80% of ponds in England and Wales are in poor or very poor condition.

To maintain a healthy garden/wildlife pond in the longer term,  ensure that the pond has plenty of underwater plants and is relatively shallow. Without a pond pump, shallow ponds are better lit than deep dark ponds and can therefore produce more oxygen for their volume